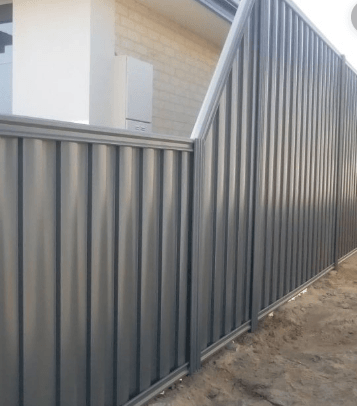 Colorbond Fencing is used in most houses and commercial areas. They are well known for the protection they provide. Colorbond fence is very easy to maintain, and thus it is used a lot in the Australian region. Colorbond fence is tough, and it also adds a good look to the property. Since it is very low maintenance and durable at the same time, it is the first preference of many customers that opt for fencing.

This type of fence is made out of colorbond steel. Colorbond steel is pre-painted. The inner base of the steel is an alloy of Zinc and Aluminum to prevent rusting; this is known as Zincalume. There are numerous reasons to choose color bond fencing over normal fencing.

Colorbond Fencing is popular in the Eastern region of Australia. As colorbond fencing is made of steel, it does not burn. It also does not have any holes. Therefore, passersby or neighbours will not be able to look into the house, and your privacy will be maintained. It is because of these reasons that cheap colorbond fencing companies in Sydney have risen.

The fence would be incomplete without a gate. Therefore, the colorbond fence gate is a necessity when you install a colorbond fence. It gives users access to their property. This gate does not warp or corrode; it is also safe from all pests attack. Therefore, this gate might be a game-changer for you.

Many companies offer inexpensive colorbond installation even though it is rather an expensive process. Colorbond fence installers cost somewhere between $80 to $180. However, the installation charges may raise the price.

Although it is easy to maintain a colorbond fence if you decide to get a new one, you may get your old Colorbond, or normal fence replaced. Replacement charges are around the same as installation charges.